One of the things that most excited me about the Children’s Library before it opened was realizing how many windows we would have – especially at the front of the building. &nbsp;Talk about having the perfect canvas for awesome displays to draw kids and their caregivers into our space (which is really truly their own space)!

Well, cut to a year after the Children’s Library opened – where I now&nbsp;<em>finally</em>&nbsp;have a chance to make my visions a reality. &nbsp;For various reasons I was not truly a part of the Children’s Library for most of the past year (the biggest issue being my health), and so I quietly wept inside as the windows remained empty except for flyers posted here and there – now and then.

In February I finally made my first display – and I’ve been going nuts (in the best way possible) ever since. &nbsp;I regret that I never took pictures of my first display:&nbsp;<em>I Love My Library</em> where we hung a fun paper bunting with the display’s name, and then we pre-cut hearts in pink and white paper. &nbsp;We would give out a heart to any child who requested, and they would either write or draw what they loved about the library. &nbsp;Yes. Shameless marketing at its best. &nbsp;But the windows became more fun as they filled-up with hearts.

We transitioned from that to our <a href=”http://hafuboti.wpcomstaging.com/2013/03/04/library-birthday-party/ ‎” target=”_blank” rel=”noopener noreferrer”>Children’s Library’s First Birthday Party</a>. &nbsp;We went fast ‘n fun on that. &nbsp;We also learned how much sunlight we get in the library (and that our windows probably aren’t UV-blocking). &nbsp;The bright colorful paper was ridiculously faded by the end of the month – and it had only been up for about two weeks.

For March I wanted to have a dramatic window that stayed up all month – so I combined the two big events in March: The NEA’s <em>Read Across America/Dr. Seuss’ Birthday </em>and&nbsp;St. Patrick’s Day. &nbsp;Instead of there being a pot of gold at the end of the rainbow – there would be a pot of Dr. Seuss books! &nbsp;I was also excited to try out using starch and tissue paper to make the rainbow (having done this technique on a very small scale in the past).

So, on February 28th a teammate of mine and I began the process of building the display. &nbsp;I had photographed/printed out pictures of a few of our collection’s Seuss books, and then cut out a giant black cauldron (pretty freestyle) using one sheet of black poster board. &nbsp;Some of the excess paper I turned into handles. &nbsp;I used a box cutter to slice a curved slit into the cauldron where the cut-out book images would tuck into – so it helped the cauldron &nbsp;take more shape.

We then went about the process of cutting large strips of tissue paper. &nbsp;My teammate had the brilliant idea of using a red dry erase marker on the window to outline the outer edge of the arc since that would be the toughest part of the entire process – making the arc nice and…arc-ey? &nbsp;The red blended into the red tissue paper (if it didn’t completely disappear with the spray starch). &nbsp;I may use the dry erase technique to map out my large-scale displays in the future – so easy to clean up and it made it a great guide to back up and look at.

Well, I cut strips while she sprayed/hung the different layers of tissue paper. &nbsp;We flew through it pretty quickly and it looked really good – sort of like an&nbsp;enormous&nbsp;kid had drawn on the window with giant markers. &nbsp;We realized that we’d need to wait overnight to place the cauldron since the starch was rather drippy.

About ten minutes before we closed for the night, my teammate gasped and pointed. &nbsp;The rainbow was starting to flake off as it dried. &nbsp;I leapt onto the circulation desk and sprayed starch on the tissue that was beginning to lift away. &nbsp;I then ran to the office and grabbed a roll of packing tape and rushed back out with it in hand. &nbsp;I began frantically slapping tape over the rainbow in overly-long strips (to get the tape beyond the starchy-wet portions). &nbsp;It was loud and messy. &nbsp;The one family who came in to grab a few dvds before close must have thought me a madwoman: I was flying. &nbsp;I’d be darned if all my coworker’s work would collapse overnight.

I went home just exhausted from that last-minute adrenaline rush. &nbsp;I emailed the members of the opening team to forewarn them that the rainbow (even with my efforts) might have collapsed overnight and that I was aware of this possibility – and that I’d clean it up when I got there an hour after they arrived. &nbsp;I couldn’t stomach the thought of them thinking that they’d have to break bad news to me. &nbsp;Our best guess is that the tissue paper was falling due to several reasons: the strips of paper were too large, the windows were too cold, and there’s a vent right near it.

The next morning I arrived to discover that the rainbow had survived the night! &nbsp;I had a few more gaps to fill with tape (to make the back side consistently shiny – so it would look intentional). &nbsp;I then went along and trimmed the excess tape with a box cutter making the tape edges look neat and clean. &nbsp;People give me looks and I’ve freaked out more than one boss as I trim tape edges. &nbsp;Usually they think that I’ll scrape the glass. &nbsp;In all the years that I’ve done it, not once have I marred a window’s surface.

Then I taped up the&nbsp;cauldron&nbsp;full of Seuss and trimmed the rainbow’s base to go around the &nbsp;books. &nbsp;Et voila! &nbsp;The dramatic display! &nbsp;She is done! &nbsp;We added an enlarged Seuss quote to the window opposite to give a little balance to the display.

I wish that I could capture how bright, fun, and cheery this display is. &nbsp;I’ve heard children outside gasp “Look! A <em>RAINBOW</em>!” There was even a lady who was driving by and noticed it – so she parked and came inside to say how much she loved it (especially since it’s been so cold and dreary around here lately). &nbsp;Parents have had sweet conversations about how much more value books have than gold. &nbsp;The rainbow changes as the light changes too: from the outside it begins to glow as it gets dark out and our inside lights backlight it. &nbsp;We didn’t plan it, but there are several can lights out front – and the rainbow comes down from one of them.

I already have the next two month’s window’s planned (and those plans can change depending on potential inspiration from myself or others). &nbsp;I haven’t given up on the starch/tissue paper technique. &nbsp;If we do it again, then at least I can try modifying what we did previously (like wait until it’s warm, or cut the tissue smaller). &nbsp;At least I’ll know to keep an eye on it and have plenty of packing tape handy! 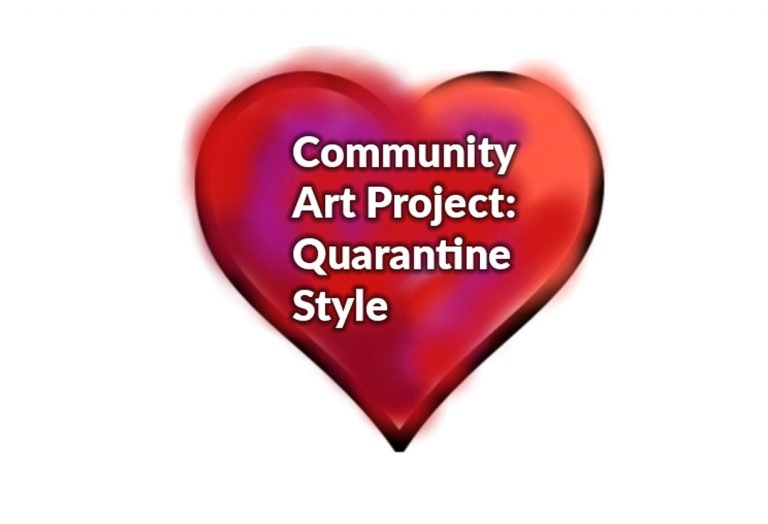 Our library’s buildings have been closed for over three weeks now (thanks, COVID-19), and the full-time staff have been coming in to empty the book drops, shelve, figure out future programming options, etc. Since the beginning, after the shock wore off, I began trying to figure out something that our community could do to feel,…

An anonymous volunteer shared with me the Korean translation through my Facebook page. Thank you, you know who!

Right before our Summer Reading Programming began, my Library Director had a fantastic idea to promote our social media presence: the phrase “<em>Like</em> to <em>Follow</em> Your Library.” &nbsp;I jotted it down on a post-it and knew that I’d come up with something post-SRP. &nbsp;Well, that time had come and I finally threw together our first… 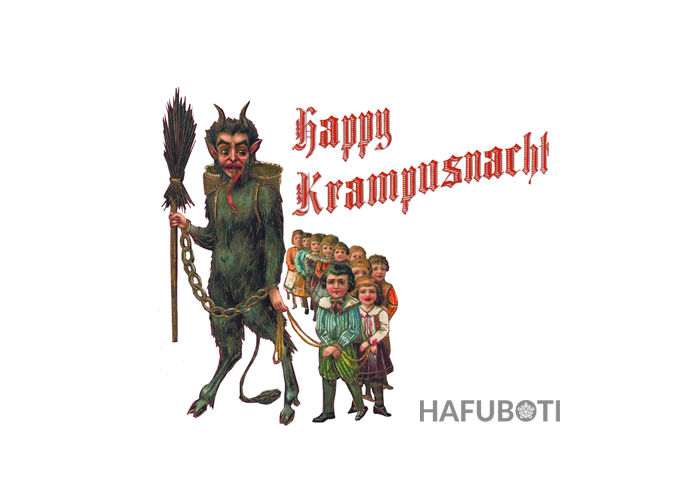 HAPPY KRAMPUSNACHT EVERYBODY! Over the past few years, Krampusnacht has become more acknowledged and celebrated in the United States. This celebration takes place on December 5, the day before Saint Nicholas (who approves of the Krampus’ work) rewards the good children on Nikolaustag. Read more about it here since I’d rather get to the storytime…

I received a great email from Rahat, who sent me the Turkmen translation of Libraries Are For Everyone. I cannot even begin to express how excited I still become when someone reaches out and shares a part of themselves. It’s the best. Thank you so very much Rahat!!!!!