Ever since I found a love of felt <em>(<a href=”http://wp.me/p2N1aX-fM” target=”_blank” rel=”noopener noreferrer”>see here</a>)</em>, I’ve been wanting to invest in a flannel board. &nbsp;However, we’ll hopefully be getting a new children’s librarian soon <em>::crosses fingers::</em> and I have no idea if s/he is even interested in using felt in storytimes. &nbsp;So, to spend the library’s money on something that may or may not be used is just wrong.

I have no idea if other people have done this, but this idea came to me because I’ve used various frameworks (from <a href=”http://wp.me/p2N1aX-2N” target=”_blank” rel=”noopener noreferrer”>bulletin boards</a> to empty frames) for other random crafty things and I was like, “hey, we have these extra unused picture frames at the library that I could totally use! It’ll be on the small side, but it should be quick, easy, and cheap.” &nbsp;It was indeed all of the above!

Basically, I took out the glass from one frame and carefully discarded it.

<img class=”alignnone  wp-image-1003″ title=”We discovered about a dozen of these framed pictures in our storage closet two years ago. The images turned out to be from a calendar. We’ve been slowly repurposing them ever since their discovery.” src=”http://hafuboti.wpcomstaging.com/wp-content/uploads/2013/11/frame1.jpg?w=584″ alt=”A picture of a very sad picture that no one wanted to look at. Also the cardboard I used for later on in the project.” width=”584″ height=”469″>

I then glued two pieces of black felt to the backer board (and trimmed the excess).

<img class=”alignnone  wp-image-1004″ title=”I probably would have had better results using our spray adhesive, but it was too cold/dark outside when I was doing this project.” src=”http://hafuboti.wpcomstaging.com/wp-content/uploads/2013/11/frame2.jpg?w=584″ alt=”Empty frame, and the cheap cardboard backer partially covered with one of two black felt pieces.” width=”584″ height=”455″>

It was on the flimsy side (this needs to stand up to curious toddlers who I hope will interact with the board), so I took a cardboard box lid and cut it to fit the frame. I then folded down the little metal prongs – and BAM! I was done.

I now have a pretty snazzy gold-framed felt board.

<a href=”http://hafuboti.wpcomstaging.com/wp-content/uploads/2013/11/frame4.jpg”><img class=”alignnone  wp-image-1005″ title=”And the front. Hopefully my hand will give you an idea of the size (I didn’t think to measure it – measuring’s boring).” src=”http://hafuboti.wpcomstaging.com/wp-content/uploads/2013/11/frame4.jpg?w=584″ alt=”That’s it! A completed flannel board for storytimes using things that we had lying around the library.” width=”584″ height=”442″></a>

The gold paint had flecked off a little bit in the lower left-hand corner of the frame (you can see the black splotches in the above picture). &nbsp;I had a gold leaf pen at home, so I brought it in and used it to cover the damage – and it looks great! <em>(refer to the top image of this post)</em>

This truly was a fantastic instant gratification project. &nbsp;I’ll be sure to let you know how well it holds up. &nbsp;And if it does hold up well, then I may even think of making a few more with different colored felt backgrounds for different stories. &nbsp;It would also be fun to add a hanger to the frame and hang it up somewhere in the library where we could switch out what was in the frame(s) to go along with the decor each month.

I showed my boss this project and she was so excited about it that she’s offered to bring in a much larger picture frame of hers to be converted since the glass was cracked. &nbsp;I’ll be sure to post about that board as well if we do indeed flannelize it.

<em>Side Note: I made the turkey from the top image from using the template found <a href=”http://naptimecrafting.blogspot.com/2010/11/felt-turkey-for-toddlers-w-template.html?m=1″ target=”_blank” rel=”noopener noreferrer”>here</a>. &nbsp;I plan to use this in a toddler storytime, so I wanted to make only the large feathers, and didn’t embroider the feathers since I wanted sticking power.</em> 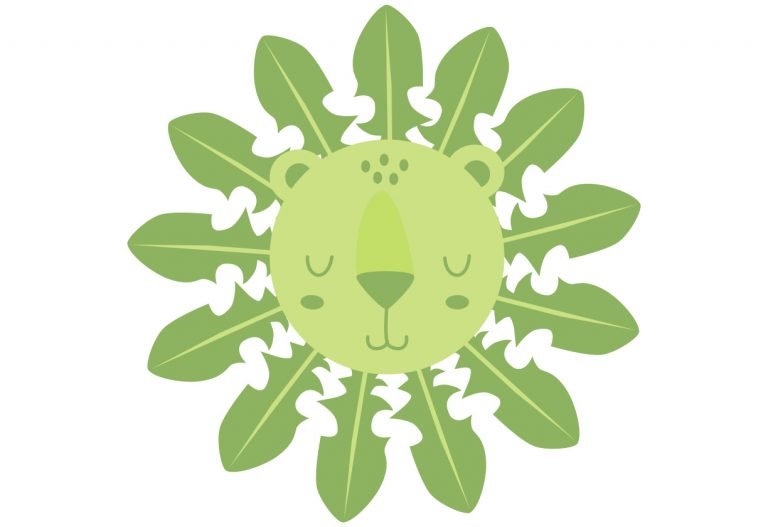 There are times where inspiration hits like an anvil – and May 2021’s theme was like that. Basically, we did not change the theme, but instead, adjusted the décor just a bit for a very easy-yet-effective transition. The last time something like this happened was back when we went from a Mondrian theme to LEGOs….

Last year I had quite a memorable passive event on April Fool’s Day (basically, I fooled people so well that three of my five “silly cover” books were checked out to patrons. Side Note: every single one was returned a few weeks later with their sticky-tacked covers still on them. I never found out if…

I wish that I could tell you where on earth this idea came from, but I had it suddenly and it came together very quickly. I’m truly hoping that people interact with it (both young adults and adults since we point out that you can choose any books in the library, not just the displayed… 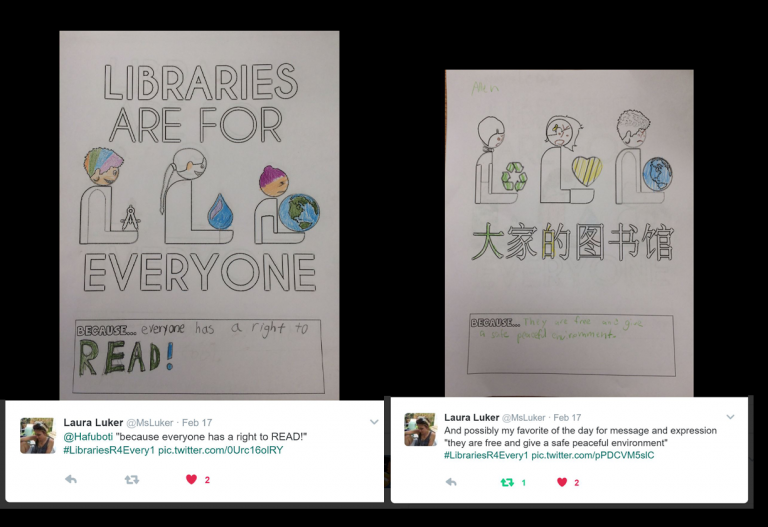 I am beyond thrilled to have the wonderful Laura Luker guest writing for my blog! She created the featured fabulous coloring sheet/writing prompt for her students, and shared it on Twitter so that anyone can use it. You can also click on the above image to get a copy of her jpeg. Hooray for open…

With us being very short-staffed, having wrapped up&nbsp;<a href=”http://hafuboti.wpcomstaging.com/2013/10/07/star-wars-reads-day-2013/” target=”_blank” rel=”noopener noreferrer”><em>Star Wars Reads Day</em></a>, and needing to take over four weekly ongoing storytimes over the next month or so, I needed to get a quick and dramatic display up at our Main Library. I came up with the concept of having it be a…

This is another translation provided by Cheryl and her colleagues at a South African school. Thank you all for your help on this translation!!!