I’ve been biding my time, pinning lots of pins to Pinterest, jotting down ideas, and basically prepping for having a LEGO library theme for close to a year now. With the release of the wildly popular LEGO Movie I thought that March would be the time to finally strike – and strike we did!

Mary was especially busy this month: she painted, colored, cut, taped, cut, and colored for almost two weeks straight leading to March. Want to see what she did? Trust me – you do.

We decided that we really needed to mix up the kids’ characters that we feature, so Mary sought out characters that haven’t already been made into LEGO characters. he went with the Lorax as a nod to Dr. Seuss’ birthday and Read Across America. She picked Muno from Yo Gabba Gabba! And finally Carl from Up clutching some LEGO balloons. It’s been a hoot to hear the kids’ reactions to the characters as they approach the building. One parent even sought out Mary to tell her how much she loves Carl.

Mary also used crayons to make an enormous mural that goes across the back of our reading bench. She ended up having to cut it into several pieces, but it still looks so kid-like and fun. It depicts a very simplified version of our city, and has both of our libraries (one is not pictured).

We were all a bit apprehensive by putting out kids scissors on our activity table since kids aren’t always supervised, but so far no major damage has occurred. Our sign suggests kids should ask for cutting-out help if needed, and that they must ask for help in putting their figure on the mural. You can also see the Booker T. Dragon mini fig coloring sheet that I created.

It’s been wonderful to have the mural slowly fill.

This is where we got the inspiration for this project.

Mary also put together this month’s scavenger hunt. We went back to basics and every Saturday we will be moving eight mini figs that she colored (and laminated with packing tape) around the library. The one lesson we learned this time around is that when we “laminate” with packing tape, then the paper needs to be cardstock because the regular paper will rip (It’s been a week and I’ve had to reattach several LEGO body parts with more tape).

Let me take a second to mention the tally sheets. Yes, we only have eight figures to find, but it’s been wonderful to hear when parents use this as an opportunity to work on math with their children. It can be as simple as “you’ve found six out of eight figures – how many more do you need to find?” That always makes me so happy. I can’t imagine having a scavenger hunt now that doesn’t have a tally sheet – the sheets themselves are a hit with the kids now that they’ve learned to use them. Many kids keep their tally sheets as a memento of their accomplishment (in both finding all the figures, and showing off their “mad tallying skillz”).

Mary also cut over 50 large LEGO bricks in two different sizes using construction paper. Why? So that Brittany could do this:

That’s Brittany. She’s the greatest “Renaissance Woman” I’ve ever had the honor to know. Her knowledge-base is staggeringly vast, and she can do pretty much anything she sets her mind to. I can throw a crazy idea out there and she’s right there figuring out how best to do it.

Squee! I’ve wanted to do a “sewn paper” project ever since I saw this post from Oh Happy Day. They’ve done quite a few other versions (search sewn paper on their site and get ready to be inspired). And now that I know how easy it is (except for the climbing/hanging part), we may have to do some more – but I don’t want to overdo it. However, I look forward to seeing what we can do with it. Amusingly enough, I actually bought myself a sewing machine this holiday season just to do a project like this. I may also try and learn to sew fabric some day.

These LEGO mobiles (as I call ’em) are so bright and cheery. They twirl and bring some energy to the space. I also love the warm fuzzy feeling that I get when I see them because of the collaborative process we went through to make them. I had the vision for them, Mary cut, Brittany sewed (she also gave me an awesome sewing lesson where I did not sew my fingers together – huzzah! ::smashes glass::), and then I hung them from our ceiling pipes – sort of going full circle. I really do think I’ll cry when we take these down.

What else did Brittany do this month? You might have caught a glimpse of it in one of the above photos, but she did our Great Wall-o-Pun again. She came up with the pun, and Jennifer came up with the books to be displayed (Non-fiction LEGO books along with architectural-type books). Check out her amazing hand-drawn and colored job – almost all are LEGO bricks and Duplo pieces:

As I was planning and delegating March tasks, I came across this post from the wonderful Bryce Kozla Blog. I know that my jaw dropped when I saw her fantastic idea, and quickly told her that we’d be doing this for our LEGO month. And we have! This picture was taken on the first day of having the display out:

I used this font, and this font for this sign. I did a little photoshopping on several of the bricks for the lower-right hand corner of the sign (removing the letters). I’m just now realizing that I left the title’s “checkout” portion off of the sign. Huh. And I added “little.” I’m not sure why. Oh well, I think the kids have the concept even if I went off the rails a bit.

We’ve had to do some rebuilding throughout the week due to some of the youngest patrons coming in, going immediately to the tower base, and grabbing bricks. But it’s coming along great – I’ll definitely update this post in early April with the results of both our tower and our mural. Oh, and I think the only thing different we did from Bryce’s program is that we hand the children three bricks (we don’t have them pre-bagged).

This has definitely been a hit, and only a few kids have had a fit that we wouldn’t give them more bricks. Sometimes when there’s a too-young child, we ask an older sibling to put three blocks on the tower on behalf of his/her brother or sister. LOTS of kids have asked how soon they can come back to check out more books so that they can help build the tower. ::happy dance::

Last, but certainly not least:

THE MOST POPULAR THING WE DID!!!

UPDATE: It’s now 2018 and this is STILL the most popular thing that we’ve ever done.

UPDATE-UPDATE: It’s now 2022 and yeppers, this continues to be the most popular thing that we’ve ever done.

Seriously, out of all the things we did this month, there has been a clear-cut winner in terms of both parent and child reaction/interaction. And I can honestly say that we were all stunned by this fact.

The majority of patrons, regardless of age, will pick up the bottle and just turn it and ooh and ahh and ask how we did it, or if those are real LEGO pieces in the bottle. Yep. I got the inspiration to do this from this post. We added a colorful rubber hair band to the neck of our pump to keep the kiddos from squirting out too much (before, we had an ugly normal rubber band). The longest part of this process was removing the original back label on the bottle. We use a large sanitizer refill bottle that has all the health/safety information on it, so I didn’t feel that we needed to keep the inaccurate label on the small bottle. A little WD-40 helped take off the stubborn label.

Just in case you’re curious on how I did it (because we’ve had a lot of questions from parents), here’s how: I stuck in a handful of LEGO in the bottle when it was halfway full, and then used the pump stick to swirl them around a bit. Then I filled the bottle about 3/4’s full of sanitizer (FYI all of the one’s that I’d just added raised to the top) and I kept adding LEGO bricks and swirling/pushing around with the stick until I liked the look. I screwed the pump back in and voila! The makeover – she is done!

Because of this bit-o-décor, we’ve actually had quite a few chances to discuss some scientific concepts with kids (such as viscosity and why there are so many bubbles in the bottle). That was a wonderful side effect of this simple project that I hadn’t anticipated. I was mainly just going for something that was cute and fun.

We’ll definitely be keeping the revamped hand sanitizer out long past March. And contrary to my only concern about this, it seems like the kids are using less sanitizer. My guess would be it’s because they’re worried that a brick will get stuck in the pump. Heh.

That’s about it for my overview of this epic month. Please let me know if you have any questions. It’s been a blast, or as they sing in the LEGO Movie: everything is awesome!

This LAFE Translation come from Westerville South (Ohio) student Mani. Thank you so very much, Mani!!! 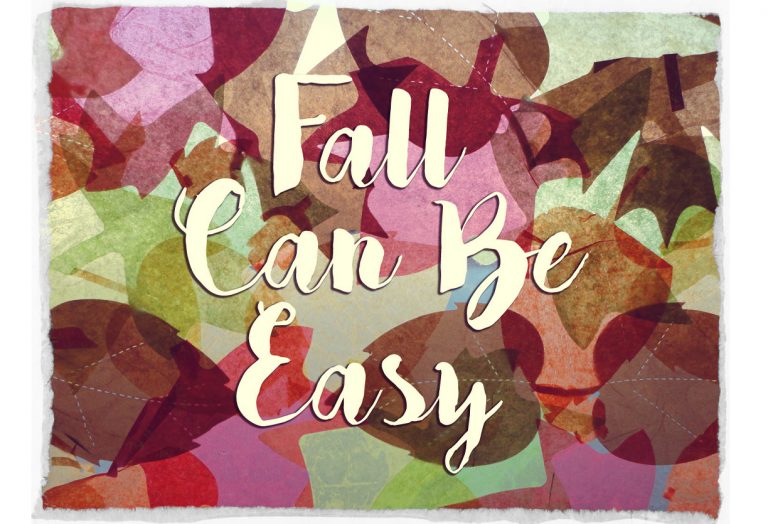 In previous years, I’ve had lots of wordplay fun with November. This year, I wasn’t really feeling super-de-dooper inspired. At some point I’ll quasi-repeat Dinovember , because there’s so many different things that we can do with it (and it’s both funny and punny). UPDATE: We repeated it in 2017 /end update But at this…

Wendy, a delightful librarian in Munich, Germany reached out to me to see if she could help contribute even more languages for my images! One of her first contributions comes from a Japanese parent volunteer. She gave me two options: one for public libraries, and one for school libraries. Thank you, anonymous parent!!! Public/City Library… 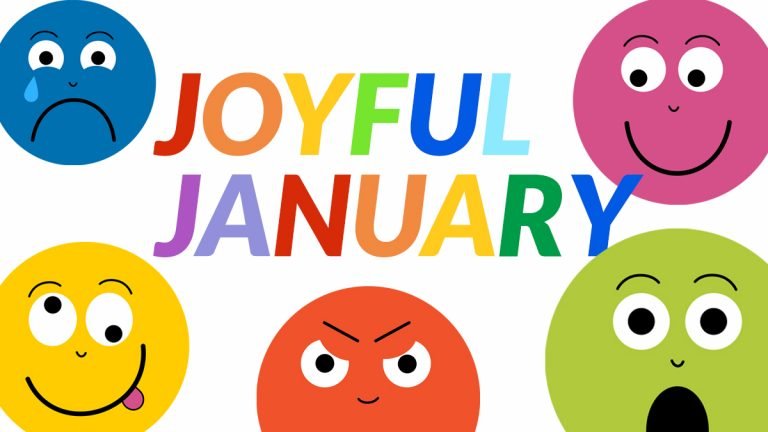 The idea for Joyful January happened back in November, when I flipped out over some tissue paper art that Natasia did. I had a vision of seeing whispy images through the tissue paper, and then I realized that we could sandwich a photo between tissue paper and it would look like the memory spheres from…

Awesome librarian Jessica spoke with Dakota tribal elder Glenn Wasicuna, and he provided us with the Dakota translation of Libraries Are For Everyone. Thank you to Jessica and especially Glenn Wasicuna!!!

One of @rachel_nk‘s library assistants was able to provide me with the Haitian Creole translation! And then Hallie, an awesome library teen mentor from Boston, sent me a second version. Mèsi tou de!!! Version One: Version Two: