I had a very simple goal in my mind when we were discussing what theme to have in January: keep it bright. Other than that – I was feeling blechy and not super-motivated – I mainly blamed the cold gray weather. Enter Brittany. She had a vision for the month that really perked everyone up: make it all about games. So we came up with 2015: Game On! as the theme.

We were going to try our Winter Reading Program again, which is basically reading BINGO (we simplified it this year and it’s been popular – I’ll be sure to post about that soon). Because of this, Brittany had a strong vision of putting giant letters to spell out B-I-N-G-O on the upper part of our front windows.

As we chatted and brainstormed one day, she also mentioned making a giant chess board with floating chess pieces. We then thought of other fun games to have in the windows where pieces “floated.” We laughed a lot and then she got to work. What she did was amazing:

Under the “O” is the chess board made out of a plastic table cloth and black napkins (squee: brilliant!).

Under the “G” are playing cards and fishing bobbers to represent Go Fish!

Under the “N” are bingo balls with letters/numbers on them.

The “I” had caused several people to ask if we were hiring since in the middle is a job application. They don’t look at the whole picture that includes baby announcements, money, a college application, and floating toy cars. The game? Life.

Finally, arguably one of my favorites, is under the “B”: Hungry Hungry Hippos.

I got into the fun when I decided to decorate my desk’s window featuring a game that was significant in my childhood: cribbage. I’ve been really impressed with how many kids know what this game is (okay, not that many, but there have been a few which warms my heart).

Jennifer, our Children’s Librarian, went out and bought a number of family-friendly games that we’ve been rotating out on our activity tables all month long. It’s been great to watch families come together and play silly games. Plus, it happens to up our passive program participation numbers. Heh.

Nearby, I turned our white board into a large tic-tac-toe board using electrical tape, two different colors of dry erase markers, and a dry erase eraser.

For the longest time, no one touched that game, and then one day it was like a switch was flipped and it seemed like every group of kids that came in wanted to play.

Since Brittany took over the large front window task, I offered to do the Great Wall-O-Pun this month. I went with the phrase “two can play that game.”

The font is based on the Angry Birds and you can find it here.

The toucan is made out of four or five ledger-sized printouts of various parts of a toucan picture. I glued them down to a large piece of white craft paper and then hit many of the overlap spots with feathers I cut out of the black feather area of its body (using a few other printouts of that particular bird body part).

And of course, the non-fiction books on display beneath it are various game/activity books.

In mid-December we had put a call out to our community for donations of old worn-out board games (or parts of the games) for us to use for our décor. The plan was to make giant game pieces out of them. But that was a flop: not a single thing was donated. So, I don’t even know where this idea came from, but I was like: I’ll build us a pair of giant red fuzzy dice. And I did:

They look like a giant tacky chandelier – and I love them!

The lower one is low enough that you can easily bump your head on it if you’re not paying attention (and I think that many of us have this month). But it doesn’t hurt. Here’s a shot of me holding the first red box after I had assembled it just to give you a better perspective of the size:

Finally, our monthly passive scavenger hunt came together after a bit of brainstorming. I thought that we hadn’t really had the kids work on colors, and so the objective of this month’s hunt was to write down the color of the dice that they find. Ultimately the kids are working on counting, color identification, spelling, and writing skills: woot!

And, just because all of this décor is fun and bright, I wanted to end with some extra fun and bright images. I hope that you enjoy!

<img class=”alignnone size-large wp-image-2128″ src=”http://hafuboti.wpcomstaging.com/wp-content/uploads/2014/09/faculty-setup-pic.jpg?w=584″ alt=”” width=”584″ height=”413″> This fall I finally got a program up and running that I’ve wanted to do for a while: Faculty Card registration/renewals <em>at the school</em>. Now, I know this isn’t revolutionary, but between feeling like the schools no longer welcomed us, and the fact that it’s tough for…

Peter, a librarian in Minnesota, was able to get an Amharic translation from his Ethiopian colleague who works at the same library. A big thank you to Emebet!!! 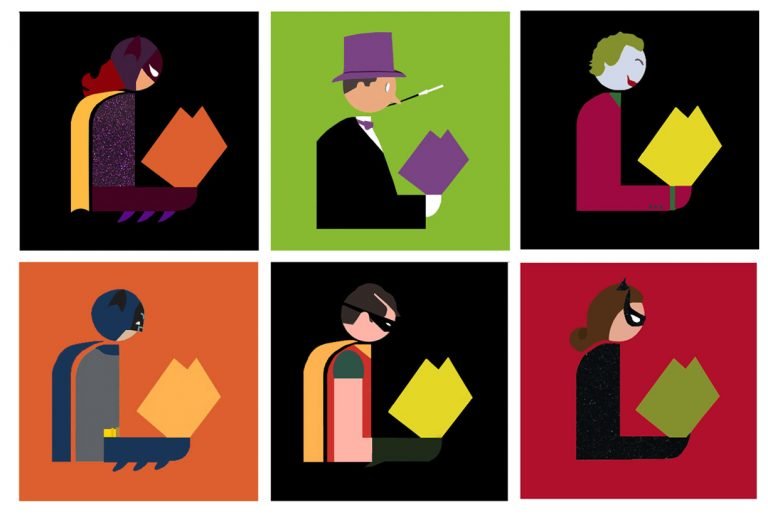 The other week I received a lovely surprise email from the remarkable Lindsey Tomsu. She was busy working on firming up details for next year’s Summer Reading Program, and wanted to see if I’d tackle “Surf’s Up” Batman, and maybe Robin as well. Her teens really love Batman ’66, and she thought that it would…

Cheryl, the School Librarian at Springvale Primary in South Africa reached out to me with a variety of languages spoken in South Africa! Up first is Afrikaans. Thank you, Cheryl and her colleagues!!!

I am still absolutely thrilled every time I receive a new LAFE translation, and there’s been a flurry of emails sent to me as the school year begins. After all, it’s so very important to remind students that they are not less than during a time where bullies are doing all that they can to…