I knew it was going to be fun/intense, but boy howdy was it fun/intense!

Artsy April actually began two months ago when I reached out to all of our local public schools’ art teachers. I simply wanted to see if they wanted to participate in turning our Children’s Library into an art gallery. We would provide them with as many sheets of card stock that they’d like, and would pick up the work by mid-March. The only thing was that the artwork would not be returned since most of it would be sewn into mobiles.

Two of the six teachers that I reached out to said a very enthusiastic “yes!”

Then a lovely library patron allowed me to come to her very beautiful home and walk around her vast property picking up sticks. She and one of her sons helped me load my car with as many sticks as would fit. It was a neat experience and a fun “field trip” away from the library.

The photo to the left is of my desk after that field trip.

We ended up using most, which was nice. Also, I’m very grateful that they were bug-free.

Brittany used her mad sewing skillz and made strands of the art in varying lengths. I then used the sticks and some twine and did a very tricky balancing act. I don’t really have any advice for anyone who tries this. It’s just patience and lots of nudging the art and sticks in various directions.

I think that I’m always happiest with our décor when there’s stuff twirling from the ceiling. I adore these even more since it’s art from kids in our community.

I posted informational blurbs near any of the art. I tried my best to keep the information brief, but fun. I also included questions to hopefully prompt interesting discussions with kids.

We also laminated about 18 pieces of art, and hung them in our Reading Tree.

And then, of course, the City (who takes care of our grounds) informed us that they would be finally pruning our Reading Tree (we’ve been asking ever since we opened).

This meant that I had to go out and take the art down. My boss brought in some old corrugated plastic signs that I disassembled and then hung the art from.

I had to move them, which actually helped protect the art because of how hard the wind was whipping them around.

As of yet, the Reading Tree has not been pruned (takes zen breaths), but I’m so glad that we figured out a way to make sure that the kids’ artwork was displayed.

We also had a “Family Art Day” at the library in March. I purchased the Kandinsky mural from Art Projects for Kids, and it made the project easy. Not as many people showed up as I’d hoped, but it was a lovely day out, and I was pretty vague in the description of the event. Here’s the finished product on Jennifer’s office window:

We promised that we’d give the art back if people would write their name and phone numbers on the back of the art. It didn’t occur to me until I had this hung, that people’s personal information could be seen.

So I quickly made an artsy cover-up.

After I saw this pin on Pinterest, I was determined to do this with our front windows as well as the rest of the windows on the side of our building.

I did learn a few things worth passing along:

I figured all this out by doing the massive front window section. By the time I hit the side of the building, I’d realized my error. So the front has some…let’s call it “pop art” flair, and the side windows (notice the primary colors vs. secondary colors?) are (and have stayed) perfection:

Brittany made the incredibly cool “We Heart Art” sign for our reading bench display.

I was going to skip the Great Wall-O-Pun this month, but then I had an idea, and I couldn’t let it go: Hanksy. He’s this fabulous street artist who riffs on the famous Banksy, and makes fabulous puns (usually involving celebrities). I found five examples of his work that I thought parents and/or kids might get, posted a basic explanation of what the art was and by whom, and then tweeted a pic of it.

And I almost fainted.

After we tweeted back and forth a little bit, he totally gave his blessing to the display and even called it “amazing.”

We decided to make this month’s scavenger hunt fewer things to find (three), but make it a bit more challenging.

The hope was that parents would get a chance to work with their kids on several concepts: what happens when you mix colors together, and Venn Diagrams.

For the most part, that’s happened, but the other day one mom took a look at it (after her daughter begged for an explanation) and flatly said “that’s too tough for you.” That little girl was a total rock star, though, and she tried!

We also brought back our Little Library LEGO Checkout Club – and the kids have been so excited that it’s back! We “upgraded” it a bit by trimming down the size of the base (which hopefully will equal a taller tower), and by sticking it onto a rotating base. Now we can turn it a bit each day so that all of the sides get worked on a little more equally. There’s even a motor in it that we hope to turn on at the end of the Club in order to show off the completed tower.

The other change that we made was we have a participation tally sheet this year. Last year I had to break down the tower right away to get the participation numbers (it was so sad and such an immediate end to such a fun program). So this year we hope to keep it up for at least part of the summer.

Rebecca of Sturdy for Common Things fame wrote a post about her kids’ camera station. I thought that it would be a fabulous addition to our art theme:

I think that perhaps there’s just way too much going on at our circulation this month – I’ve only heard one kid ask about the camera (and then decided not to do it). The only pictures that we’ve gotten has been by approaching the kids and asking if they’d enjoy taking pictures for us. Then it seems like they have a blast trying to figure out unique pictures for our small space. I definitely plan on trying the camera station again, but figuring out a better way to highlight it.

Brittany put together a really cool Artists’ Name Scramble for us on our dry erase board.

She made awesome worksheets and then even thought to include a set of Artists books that have all the names that she used in the cover papers. That’s been fantastic to point kids (and sometimes parents) to. In the below picture you can also see the special “cubist dragon” coloring sheet that I made for this month.

Finally, the big finale to the month was a special Art Gallery Exhibition at the Kids’ Library. We invited the middle school’s quintet groups to play and I served diet sparkling sodas in plastic champagne glasses. I was hoping to make it a First Friday event, but it turned out that the first Friday in April was Easter weekend. D’oh!

I’m so glad that we invited the live music, otherwise no one would have come. It was a lovely (if a bit humid) day out, and we were quiet all day until the students and their families arrived.

I absolutely adore this picture that Brittany took while the woodwind quintet warmed up. I’m coming out of the office with more “champagne” and the awesome reporter/editor for our local paper and I are cracking up about something.

Well, I think that’s about it for Artsy April! I hope that enjoyed seeing what we did. If you have any questions, then don’t hesitate to ask – like I mentioned, it was a rather epic month and I tried to keep this post as trimmed as possible.

The splendid Karen Van Drie @worldlibraries provided several Kurdish translations for Libraries Are For Everyone. This post has the Kurmaji translation, and then you can find the Sorani translations here. Thanks yet again, Karen!!! 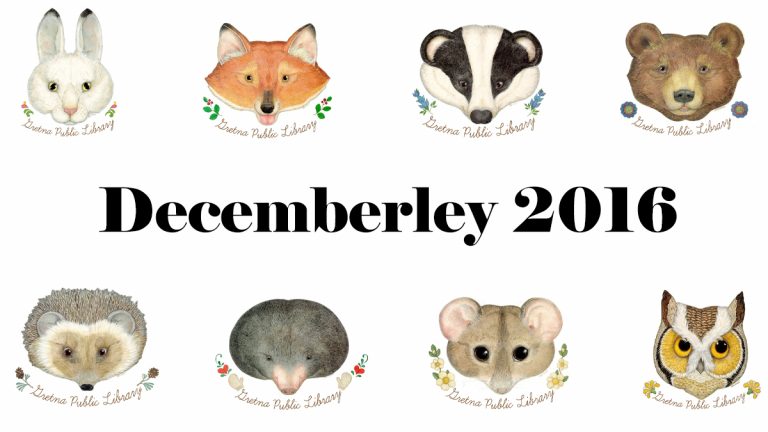 Yes, I got behind on sharing on my blog near the end of last year. But let’s just say that I felt that writing some other things in December mattered more than this particular warm-fuzziness. And our December was chock full of the warm fuzzies. Like, it has been one of the most reacted-to-by-adults theme…

I have a lot of fun trying to decide what to do with our giant front windows that take up most of the face of our building. &nbsp;One idea that I’ve been exploring (once before with the <a href=”http://hafuboti.wpcomstaging.com/2013/05/19/i-spy-a-summer…g-picture-find/ ‎” target=”_blank” rel=”noopener noreferrer”>Epic Picture Find</a>) is having games or activities be the display. &nbsp;So far… 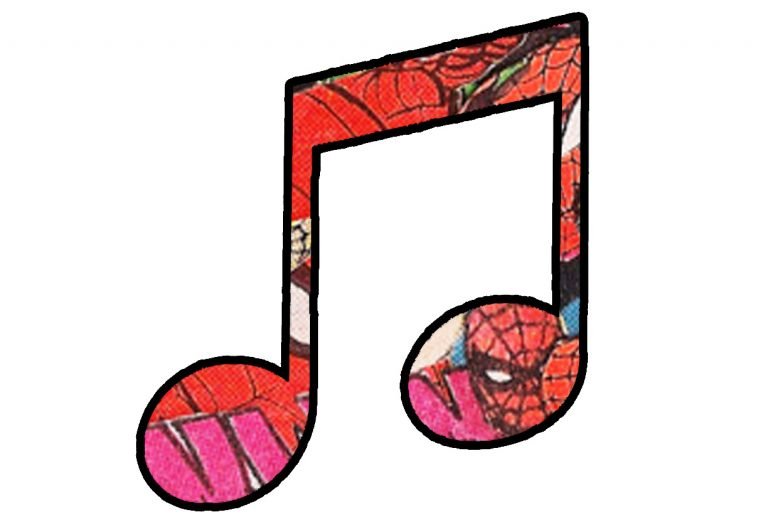 Every year when Free Comic Book Day rolls around, I try and come up with fun new things for our patrons to enjoy. This year, our library team’s awesome Ashlynn asked if she could help with the activities and I was all like HECK YEAH BECAUSE I HAVE AN IDEA THAT’LL TAKE TIME TO DO!!!…

This Fulani #LAFE translation comes from Robyn Stout, a Teacher Librarian in Indiana. Thank you so much, Robyn!!!