In general, I hate to repeat themes at the Children’s Library, but this one was a no-brainer and lends itself to lots of variation. PLUS there’s no way we would be able to beat last year’s numbers without doing another Little Library LEGO Checkout Club (not that I’m a slave to numbers, but these numbers are EPIC. Also, quite a few kids asked us when we’d be bringing back the LEGO tower. You can read my other LEGO posts here and here.

Having a moment of inspiration – and in no way having pre-planned this (I am not that brilliant) – I realized that our Artsy April front window display could morph into a cool LEGO one.

A little more tissue paper and electrical tape (this time being wise and putting packing tape on the glass before putting the electrical tape down – so much easier to clean), three yellow plastic tablecloths, and some black and white paper were all it took!

Keeping up with my focus on honesty: one of the LEGO faces kept losing one eyeball (of course it was on the face clearly visible from the street), no matter how we would affix it. It was sort of creepy whenever it fell, because it didn’t always fall all the way down/out of sight. Sometimes it would sloooowly start to fall (looking creeeeepy). We just left a side section of the plastic tablecloth unattached to the window frame for easier eyeball fishing/re-sticking.

Other than the rebellious eyeball, I really loved how these windows turned out. They looked different at different times of day depending how the sun shone through them. Those are my favorite sorts of decor – ones that seem new and fresh almost every time you see them.

We had a bit of fun for our reading bench display:

And after Mother’s Day passed, we switched the word “mom” out with “book.” Easy-peasy! That allowed us to display recently returned picture books (which saved us time on reshelving – woot!). Sorry that I failed to get an “after” picture of this.

We brought back our scavenger hunt, just lessening the number of figures that the kids needed to find:

To make the scavenger hunt a little more challenging, we had the kids help decorate the library with lots of their own minifig creations.

I ended up having to post sticky notes next to a few of the kids’ creations stating “this is not the Batman [or whatever character it looked like] you’re looking for.”

Oh, and the ninja is still up on a ceiling light. Mainly because I never remember to get it down when I have the ladder out, but it’s also really fun to have kids notice it.

The most notable change this year (besides switching our LEGO month to May, because it just screams to be “MAY-nia”) is that I purchased a mirrored rotating model display base. I then stuck a trimmed-to-fit LEGO plate to it. This way we could rotate it bit by bit every day to make it an easier way for kids to work on all of the sides.

Even with taping down the on/off switch, kids would turn it on, or worse, manually force it to turn. I mean, yes, it’s supposed to turn, but only for the finale. So I need to think on that one for next year. Maybe just let kids rotate it and hope that it doesn’t break? If it does, then yeah, we lose the awesome rotation, but it’s still impressive. OR maybe have a different non-rotating base that we can carefully rotate each morning, that we will attach to the rotating base for the finale? (This is sort of how my mind works – for a year it’s going to be running through ideas in the background until hopefully one goes *ding!*)

2022 UPDATE: I never did share the solution to this conundrum – and so I’ll share it here. Basically, the towers ended up being so heavy that the motor couldn’t spin the display. As a result, we removed the batteries since they served no purpose. This ended up being the answer – hooray for unexpected happy results! The base turns slower than you’d expect, and kids could safely rotate it in either direction. Just be sure that the LEGO plate is securely adhered to the top, and the base of the pedestal is secured to the counter. We used sticky tack for both, and it has never failed. Just use a lot.

MORE 2022 UPDATE: We created a separate LEGO tally sheet for staff to mark when a kid received bricks. That made everything easy to figure out without needing to disassemble the tower.

Most of the time with the tower I would wait until no kids were around, and test the durability, i.e. run my hands over the structure. If something fell off, then I’d reattach it a little more firmly – trying to keep the fallen bricks close to where the kids had put them. This cut WAY down on accidental (or not-really accidental) moments with its construction. Then, on the final few days I let the kids go as vertical as they could. My favorite moments were when parents would lift their kids up to put them as high up as possible.

On June 1st I carefully moved the tower over to one of our picture book bookcases (the one that’s closest to us since we wanted to keep an eye on it). And for 3 1/2 glorious days, it rotated while we were open. It was incredible. Both parents and kids were blown away from the moment they walked into our library.

You may be wondering why, if it was so incredible, did we only keep it up such a short length of time? Well, that wasn’t the plan. But it was SO very popular that our LEGO supply was depleted, and when our actual LEGO Club came around on June 4th, we had to sacrifice it to the large group of kids. It really hurt to see it go so soon (I had hoped to have it up for several weeks since it’s an incredible reminder of how many kids use the library). OH! And we even switched from giving three LEGO bricks out to two bricks this year.

By next year (where we start building the tower in April), I hope to have an overabundance of LEGOs supplied by our Friends group so that we can keep the tower up longer. I also hope to figure out a new scavenger hunt since we recycled the cute figures that Mary had made for us last year.

Just last week a child excitedly told his dad that they’d get LEGOs for the tower when they leave. We were sad to break his heart by telling him that it was another seven months away, but that just goes to show how much impact this simple program has.

Oh yeah, and our LEGO hand sanitizer? Still one of the most popular things that we’ve ever done.

We added custom designed organizers for each circ computer (which both kids and parents think are brilliant). We love them since they are adjustable to suit our needs. You can also see the back of our custom bookmark holder near the edge of the desk. This replaced a cheap plastic one. This does confuse some younger children (they naturally think it’s a toy), but we can generally distract them with a free bookmark.

So there you have it – LEGO 3: The ReLEGOing! 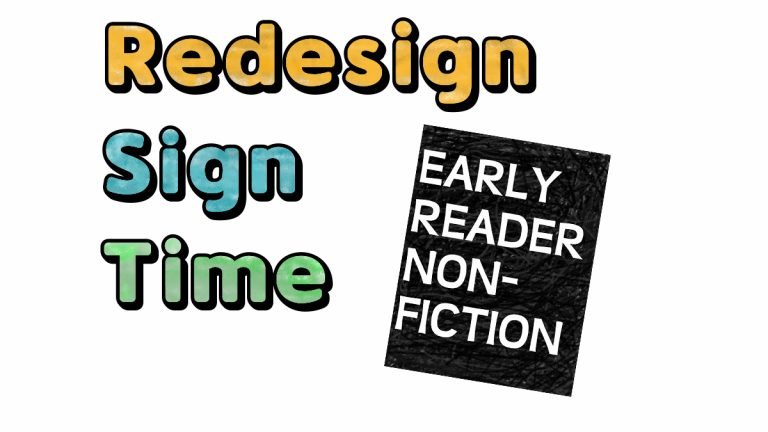 While our library spaces are closed to the public, we have been busy completing tasks that have long been on our to-do lists. For me, one of those things has been updating our signs throughout the Children’s Library. After unintentionally letting some things stagnate between 5-8 years, it seems painfully obvious that I need to… 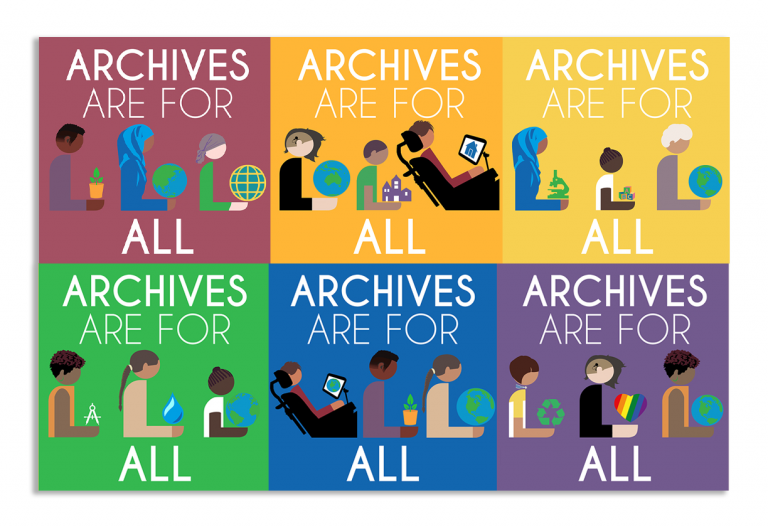 On Twitter @VasiliatheWise asked if I would be so kind as to make a set of my Libraries Are For Everyone for all of the archivists out there – and she gave me the wording: Archives Are For All! So these go out to all those library archivists who maintain and preserve our histories, stories,…

<img class=”alignnone size-full wp-image-2094″ src=”http://hafuboti.wpcomstaging.com/wp-content/uploads/2014/08/breakfast-hide.gif” alt=”” width=”500″ height=”240″> When writing a blog about decor/events/programs at the library it’s a blast to share all of the good things. And even when results&nbsp;are on the floppish side, usually I can share ideas of how to possibly adjust for better future success. After I survived an <em>insanely</em> brutal… 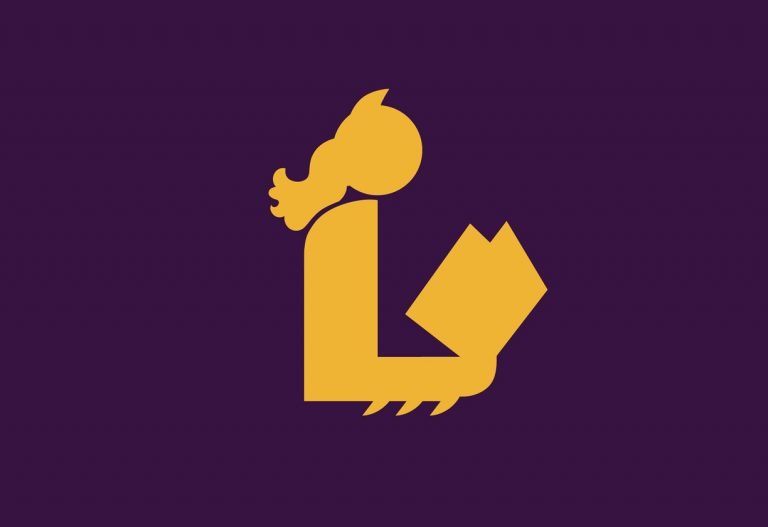 One of @rachel_nk‘s library assistants was able to provide me with the Haitian Creole translation! And then Hallie, an awesome library teen mentor from Boston, sent me a second version. Mèsi tou de!!! Version One: Version Two: