It turns out that I got some of my themes/months confused. I had thought that our Pokémon Go! décor had been in September. Nope. It was a bonus August theme (thank you to my team for pointing this out to me – and I’ve gone back and corrected my earlier posts as a result). Basically for September’s theme we wanted something relaxing and peaceful; thus SeptZENber was born.

Natasia made a stunning tissue paper mandala in our front windows:

I would find myself gazing at it when I needed a mental break from the tasks at hand. It looked especially beautiful in the morning sunlight since our building faces east. We also received a larger-than-normal amount of compliments and questions on the application technique from our patrons.

Natasia further continued the loveliness with our reading bench display:

A HUGER THAN NORMAL thank you goes to Natasia for this picture. I absolutely failed at getting good pics of all of her hard work which I hope to have corrected for future posts. It’s worth noting that this display was quite popular with parents who were in the midst of back-to-school stresslandia.

If you look closely at the above pic, you’ll notice a smallish peace sign with something on it on one of the window frames – that was part of our monthly scavenger hunt. It was one where the kids had to find the different colored peace signs and put it on their worksheet. Then they had to unscramble the letters to spell out a simple word like peace or love – depending on the week (or their age – we didn’t make preschoolers do the word scramble).

We also had special classes with Two Keys Creative Studio on stone mandalas and stone painting. Thank you to the instructor Sarah Fettin-Kuester for providing this pretty cool picture from one of our classes:

It was during this class that Sarah discussed cultural appropriation and what a fine line it can be while giving a lesson about mandalas and what they meant in Hinduism and Buddhism. As a result, I had an “OMG I NEVER THOUGHT OF THIS THAT WAY ” revelation. And because of this realization, I do not plan to repeat this exact theme, class, or use mandala coloring sheets for any of our passive coloring programs. I’d much rather err on the side of respect.

We also had a local yoga instructor come in and host classes for both young ones and their families. They were a big hit, and I only had to handle one complaint that “yoga is demonic and anyone who does it invites demons in to possess them.” True story. I believe that the patron and I had a good discussion about this since I try and do yoga to help with my chronic pain, and not once have I been possessed. In the end she was grateful that I took the time to listen and thoughtfully respond. Again – erring on the side of respect.

And that was really the biggest lesson I learned during SeptZenber: Wouldn’t the world be a nicer place if we all erred on the side of respect? 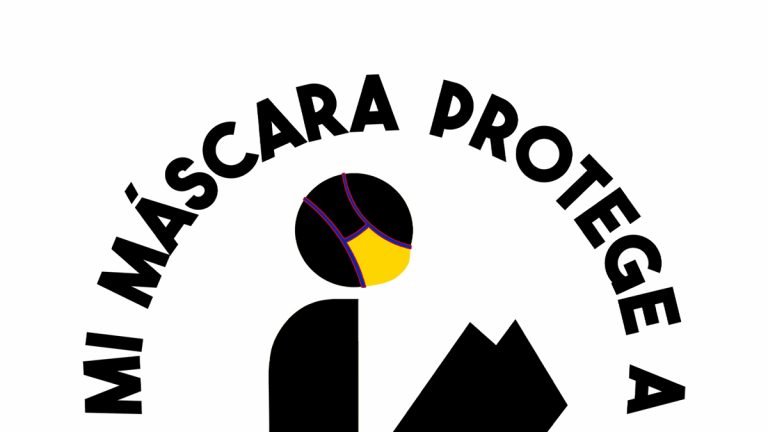 Claudia Depkin from Haverstraw King’s Daughters Public Library contacted me with a request: might I create a Spanish version of my My Mask Protects My Community designs? Why yes, yes I might. And did. In case you were wondering, I chose the mask colors based on South American countries’ flags. And I’m grateful for my…

A school librarian who wished to remain anonymous, reached out to several faculty members to get three translations of LAFE. Thank you to everyone involved in making these signs possible, and spreading the LAFE message. 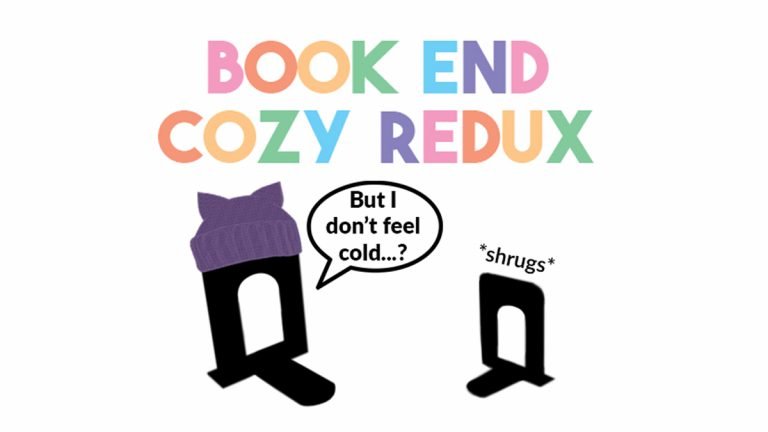 This is the third, and final, sign revamp post. Here is part one and part two in case you missed them. As I went to look for my post on what I call “book end cozies,” I realized that my first post about them was buried in a holiday post. Oops. And at the beginning…

<img class=”alignnone wp-image-716″ title=”How a plain plastic sign became fun and dimensional using Photoshop, scissors, some glue, and double-sided tape.” src=”http://hafuboti.wpcomstaging.com/wp-content/uploads/2013/08/gra3.jpg?w=584″ alt=”” width=”584″ height=”438″> For a long time we had a very bold and to-the-point purple sign (which tied-in to our purple-tinted labels that indicate our graphic novels). &nbsp;It did its job, especially when we…