One of the things that has gotten me through the past couple of rough years has been my gaming group. We are a mixture of theater nerds, nerd-nerds, and professional comedians/improvisers. Having such a neat and supportive group of friends gave me the courage to create and run a few RPG tabletop games. In this here post, I’m sharing with y’all my second go at creating something simple/fun with which we can be creative and and also laugh so hard that we’re sore the next day.

I must give credit for this game’s inspiration, to our new Young Adult Librarian Heba. She started up a teen D&D group at our library, and the first foe the group fought was named “Karen the Floofy.” When I heard that name my mind immediately was like, “that sounds like something from Mad Libs” to “OMG I WANNA COMBINE D&D AND MAD LIBS.

And that’s what I did.

I made special “pads” for our group to use so that we could spread out and not need a table or other hard surface on which to write or roll dice.

In the photo, you can see one of the pad’s backside. It’s pink and black, and looks like the cover of a hardbound book because that’s what it is. I found a handful of books in our library’s book sale that hadn’t sold in a long time (the pink book was He’s Just Not That Into You. Heh.), and then used a boxcutter to trim them down to size, and an electric drill to create holes.

I didn’t have enough of those round binder rings for everyone the day of the game, so I just used a loop of ribbon, and that worked fine – I don’t think they’d last long, but they survived a single game.

The other thing that I did, was I kept in mind that I wanted to eventually share this on Hafuboti. So I took notes during the game to improve gameplay, and also reduce the chance of straying into vulgarity. Good luck on that – I did my best.

Game mechanics are also as simple-as-possible: you just need a D10 for yes/no situations. I made 1-5 be a “no,” and 6-10 a “yes,” though if the idea was creative enough, then I’d make it an automatic yes.

I made 7 player roles, and 3 optional roles if you want to have 10 participants + the GM. More than that, then it gets more likely for chaos to ensue. But if chaotic is how your group rolls? Then go with it.

I also included some very basic maps. Very basic. I named all of the shops after the type of magical pet that was chosen. For instance, our group picked a red panda. So I made one building a tavern called The Rusty Panda, a taxidermy shop called Red Panda Express, and a souvenir shop called Red Pandemonium.

We had six players, and I decided to take on the roles of the Princess, the Pet-Napper, and The Pet. Like I mentioned above, you can give all three of those characters to players if you’d like.

And I really just laid this out as bare-boned as possible for as much improv as you’d like. I mean, I decided to have secret passages leading to the various places within the castle walls. I hadn’t thought of that until we were in the game.

I also shaved down the amount of Mad-Libbing for y’all, because I kid you not, we spent about an hour with me filling in the blanks using their responses. The next time (and yes, there’ll be a next time because this was heckin’ fun), I think I’ll have players fill out their own Libs, OR have them fill out what they think are their Libs, and then have them pass their notepads to the player to their right or some such foolery. Heh.

Now for the part that you’ve been waiting for:

Click on the left-side heading or the image, and you’ll get a PDF of the game to check out and/or download. This includes the cover image, character sheets, basic story, and maps.

Finally, should you want to make adjustments to any of the sheets, and you have Photoshop, then send me an email (hafuboti@gmail.com), and I’ll send you those editable files.

Finally-finally, if you do end up playing this with a library gaming-group, or your own group, then I’d love to hear about it! Don’t be shy about reaching out online through Facebook or Instagram, or via email at hafuboti@gmail.com.

I was contacted by a language enthusiast named Sebastián Alarcón, who gave me four new translations to turn into LAFE signs. Up first is Catalan! Thank you so much, Sebastián!!! 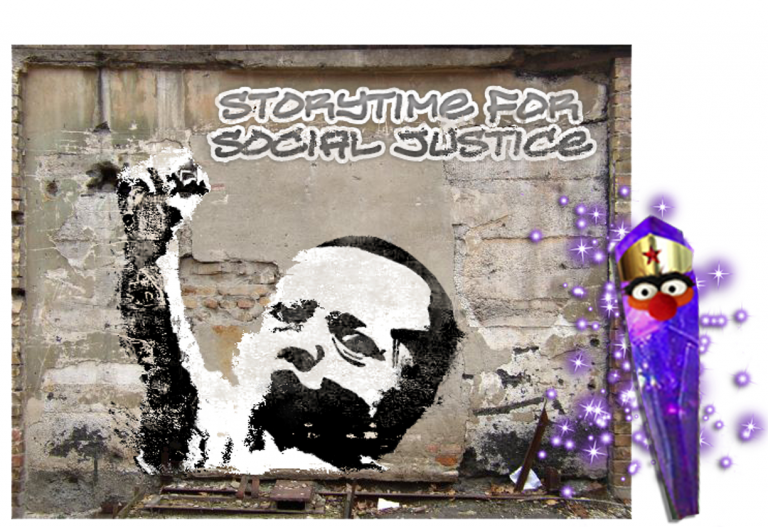 Since accepting Storytime Underground’s “Resolve to Rock” several years ago (but in my own sparkly way), I have come to look forward to January’s reflection and goal setting. I’ve never been a fan of New Year’s resolutions, but having a library-centric/professional focus has helped me really appreciate their power. This year the SU Joint Chiefs… 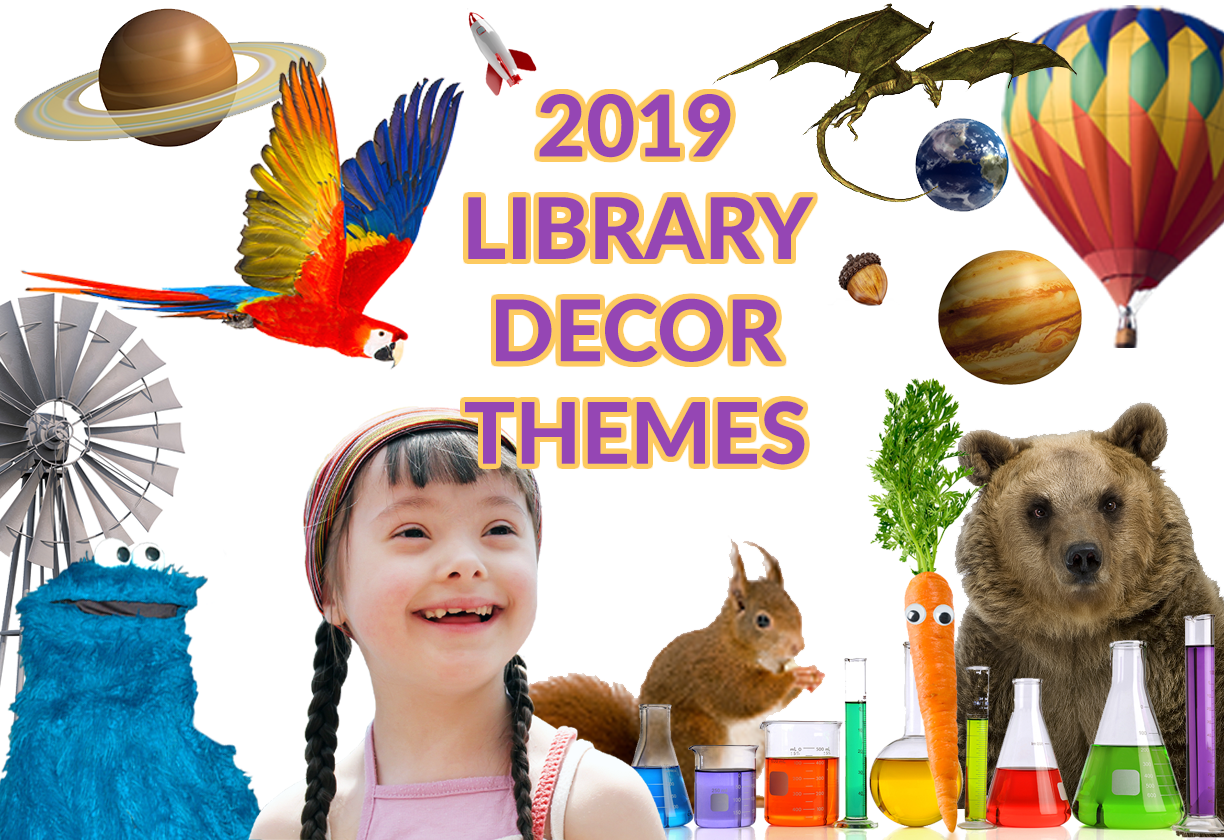 If you happen to like this sort of run-down on themes, then you might want to check out my 2017 and 2018 posts. I mention Natasia throughout this post quite a few times. In case you’re unaware of who she is, she was my right-hand creative rock star who did the vast majority of the…

Brittany and I generally brainstorm ideas about our <em>Great Wall-o-Puns</em>. &nbsp;It’s usually a pretty fun session, or I’ll say “think about what we should do next month” and walk away. &nbsp;If we’re sharing ideas together, then&nbsp;it’s the one that puts a sparkle in her eyes that I know we’ll be doing. &nbsp;Sometimes I’ll be at…

Over the past several days we have had several parents ask us where our Halloween books are. I think that we were all a little taken aback, but as our newest team member Julia said, “the stores have the Halloween stuff out, so it’s on parents’ and kids’ minds.” Plus, it definitely feels like autumn… 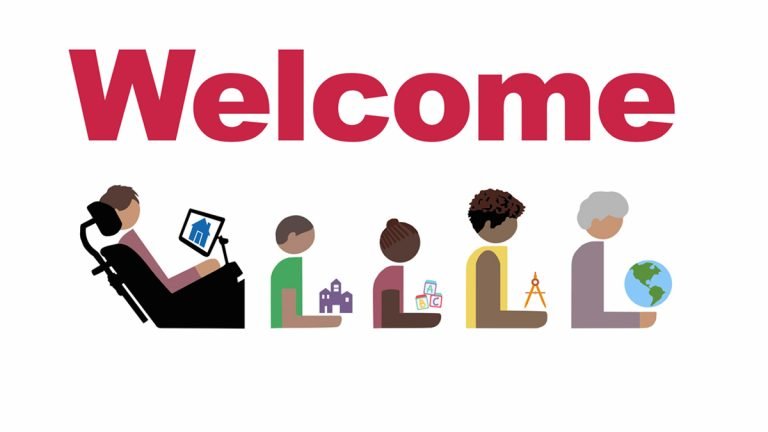 Last year, Jonathan, the Scholarly Communications and Digital Librarian at The University of New Mexico’s Health Sciences Library & Informatics Center, sent a very kind email asking about vector versions of my #LAFE designs. We had a nice email exchange – though I was unable to help since I was still a novice at vector…