After Gretna Has Heart was over, it was time for Heba and Meggie’s first library décor creations – and I’m very happy with what they did! One of my favorite things about my job title “Creative Director” is that I get to see others’ creativity grow and delight everyone more and more.

The theme was based on our Children’s Librarian Jennifer doing a “Mini Masterpiece Art Show.” It’s easy to see where this inspiration came from – there are many awesome libraries out there who have done this.

The only request I made of Meggie, was that we should have the paint brush she made be dripping with paint, with it puddled on the little ledge. After all, we’d never before had the window décor come off the windows quite like this.

As you see above, she was very enthusiastic about it! I joked that she would have made Stanley Kubrick proud. I also reminded her that there was a good chance that this was gonna get damaged by young, curious explorers. FUN FACT: I was wrong.- When taking down the décor, it was totally in-tact!

This self-directed art show was quite a hit, and we had caregivers asking when we’d be doing it again. As of right now, we haven’t repeated it, but someday we likely will.

One thing of note is that on the name cards, we were sure to have the library’s name on it. It’s one of those simple marketing things that doesn’t seem to be done by many libraries. I mean, why not let people know where these cool things are happening without being invasive?

Seriously, take a few minutes to look through Pinterest or do Google image searches and see how many libraries market themselves similarly. Once I noticed this, it became very obvious – sort of like when Jennifer requested that our themes weren’t based around the phrase “…in a good book,” and the moment she pointed it out, I saw it everywhere.

For about a year after we opened, we avoided major displays (like the reading bench), book faceouts, and scavenger hunts. We also had our activity tables put into storage so that we could spread the collection out a bit more and ease congestion in the front by the circ desk/office. Our space is so small that our goal was to be as efficient as possible in as many ways as possible so that patrons wouldn’t linger. That was such a core change of purpose that it almost physically hurt.

So that’s why there’s only images of what we did – I don’t have any handouts or the like to share here – and that also hurts and may be one of the many reasons I let my posting go to near-dormant levels. But this week I finally felt the old spark that used to ignite my desire to share – and so I’m going to burn, baby, burn as much as I can and for as long as I can. Boo-to-the-yah.

<a href=”http://hafuboti.wpcomstaging.com/wp-content/uploads/2013/09/checkout.png”><img class=”alignnone size-large wp-image-765″ src=”http://hafuboti.wpcomstaging.com/wp-content/uploads/2013/09/checkout.png?w=584″ alt=”” width=”584″ height=”438″></a> I’ve been trying to be better about keeping track of important dates that might pertain to the library (I made a&nbsp;<em>Pinterest</em> board for it and that’s massively helped me). &nbsp;So I was very aware that September is <em>National Library Card Sign-up Month</em>. &nbsp;However, I hadn’t made…

Dean of Libraries Rebecca L. Lubas at the James E. Brooks Library, reached out to me with the Sahaptin #LAFE translation. She had reached out to the illustrious Dr. Virginia Beavert for the translation. How wonderful is that? The literal translation is “everybody’s library.” Sahaptin is the language of the Yakama nation. And I am…

I was contacted by a language enthusiast named Sebastián Alarcón, who gave me four new translations to turn into LAFE signs. Up first is Catalan! Thank you so much, Sebastián!!! 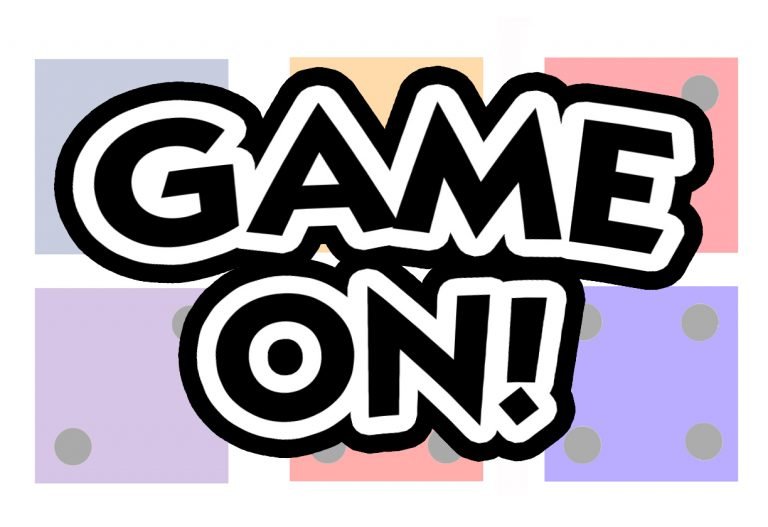 I had a very simple goal in my mind when we were discussing what theme to have in January: keep it bright. Other than that – I was feeling blechy and not super-motivated – I mainly blamed the cold gray weather. Enter Brittany. She had a vision for the month that really perked everyone up:…

<img class=”alignnone size-large wp-image-1758″ src=”http://hafuboti.wpcomstaging.com/wp-content/uploads/2014/05/may-scavenger-logo.jpg?w=584″ alt=”” width=”584″ height=”784″> I can hardly believe that <a href=”http://hafuboti.wpcomstaging.com/2014/05/12/mary/” target=”_blank” rel=”noopener noreferrer”>MA(r)Y</a> is almost over and I haven’t posted this month’s passive program:&nbsp;<em>I Heart Art!</em> Basically, we modified a basic scavenger hunt. We lessened the number of objects, since honestly, we were <em>really</em> tired of giving kids hints. And…