This is a rather challenging post to write since the theme for October 2021 was in honor of a dear library patron who unexpectedly passed away. They were a huge proponent of early literacy, and were a core part of the family who runs our town’s incredibly popular pumpkin patch. Our team decided we wanted to make our theme in honor of their legacy. We didn’t overtly state that’s what we were doing, but several parents did pick up on the theme.

Meggie did an incredible job creating the scarecrow out of scrapbooking paper.

I then had the horrible job of telling Meggie that she has to create a second scarecrow to be the back side. After all, her first work was paint splats, so it naturally worked in both directions.

Ah, the blessing/curse of window decorating.

But she rallied and made both sides look special.

Heba cut out all of those fall leaves, and then attached them to brown jute. I think they tried to attach them several different ways – but ended up scotch taping them. It wasn’t abnormal to arrive in the morning to find a few fallen leaves that we’d just tape back up.

Feel free to click on either of these images to get a better view.

Basically, Meggie added a tree where the sign would usually go – with an owl mom and baby hidden in the leaves.

There was also a sweet little squirrel with an acorn to the left. One little girl was so enamored with it, that we gave it to her once the décor was taken down.

There was also a squirrel in the front window, to the right of the scarecrow. We couldn’t resist having it say (while perched atop a pile of hay) “Hay there!”

With the “Corn-y Jokes” on our whiteboard (hello, Nebraska ::taps mic:: is this thing on?), we originally didn’t have the “Ask a librarian for the answers” directive. This was added after a few parents were confused, like the answers should be there. Maybe next time we do something like this, we could write the answers upside down? It’s worth trying.

This theme was pretty sweet and to-the-point. That said, please don’t hesitate to reach out if you have any questions about what we did, why, or how we did it. 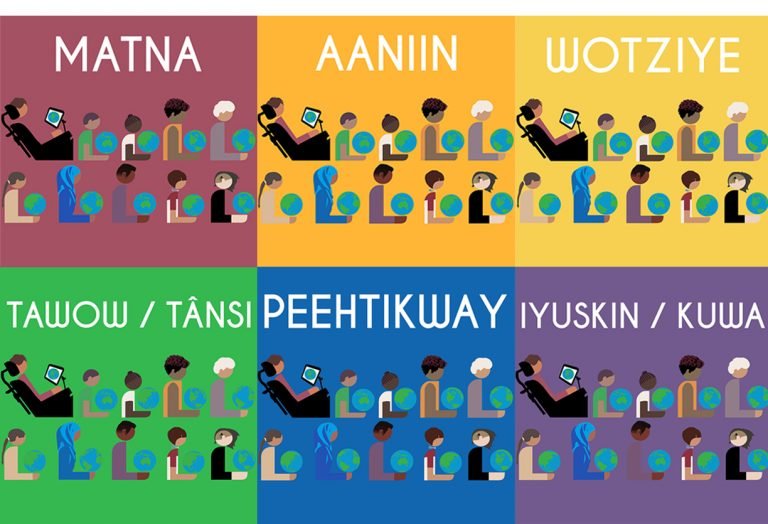 The lovely Lucila Lontajo, a Library Technician at Westwood Collegiate in Winnipeg, Manitoba, sent me a kind request for a variation on my Libraries Are For Everyone signs: please make a set of Welcome signs. BLAMMO! So mote it be. If you’re interested in adding languages from your community, then check out this post that…

Dr. F.M.Nadzar and Dr. Shyh-Mee Tan shared with me, separately but almost at the same time, the Bahasa Malaysia translation for both public and school libraries. Thank you both for helping me with these versions! Public Libraries: School Libraries: 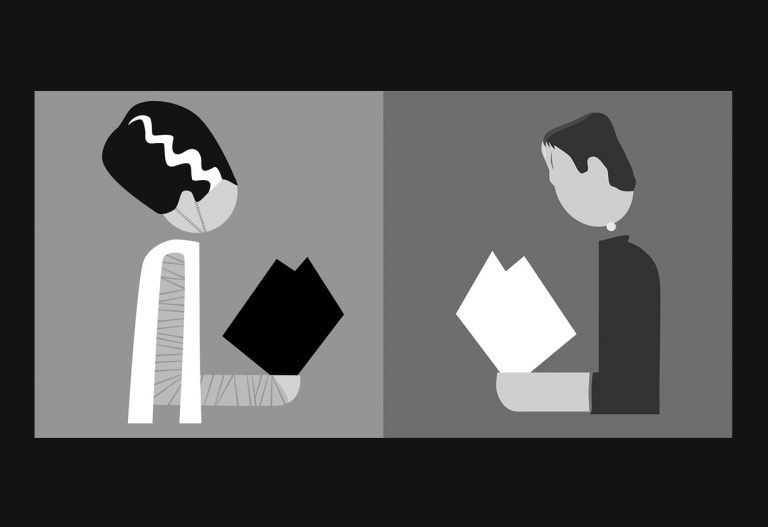 🎵 I did the mash – I did the monster mashup-with-the-library-logo. 🎵 This is the first set of new designs I’ve created in years, and the first I did with Affinity Designer. I’m not sponsored by them or anything – I’m just very pleased with Affinity’s program. This also means that I can send you…

I received a wonderful email this week from Lara, a librarian in Colorado. In it, she shared with me two Native American translations of Libraries Are For Everyone. She had sought out the help from Laura Redish, the Director of the Native Languages of the Americas website. This is a wonderful non-profit organization that preserves… 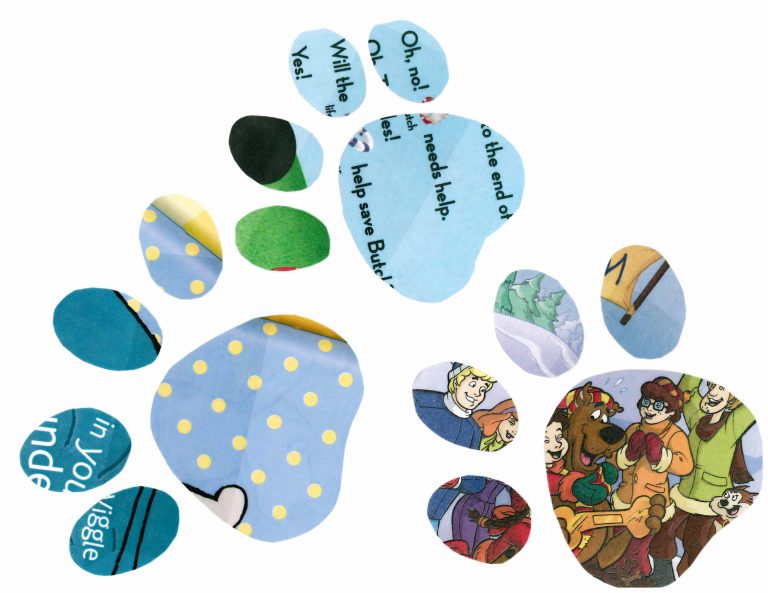 February 2016! It was a blur of blurriness that involved death and a depressing road trip from California to Nebraska. Bet you didn’t see that coming with a post with the words “puppy love” in it. But I felt that I should explain why there’s really only one photo of what we did. Natasia, one…